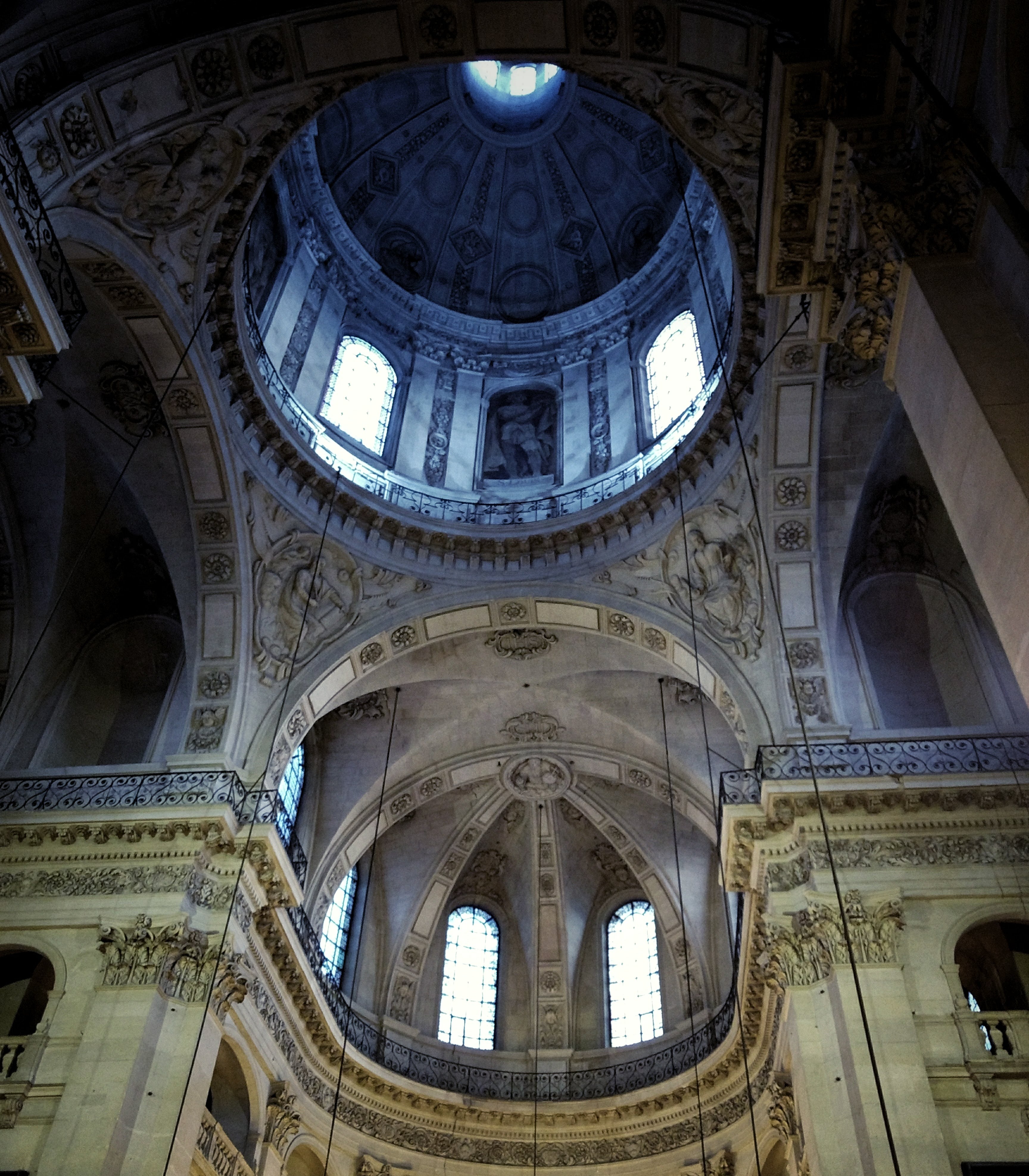 Some of my most treasured memories of Paris are of the classical music concerts my husband and I have attended in churches. Vastly different from the concert halls and modern churches in the U.S., they offer a complete sensory experience. We treasure the intimacy of watching the musicians up close, the difference in acoustics as the notes bounce off of columns and through side chapels, and allow our minds to wander as we appreciate the beauty of their architecture, art, and stained glass. When the music and church are contemporaneous, it’s like going back in time.

Last September we stood on the steps of Saint Paul-Saint Louis, a 17th century church on rue Saint-Antoine in the Marais, waiting in line for a concert by the Alegria Orchestra, composed of musicians from various national French orchestras. The ambitious program consisted of Vivaldi’s Four Seasons, Pachelbel’s Canon, and several versions of Ave Maria. We were especially excited to hear Vivaldi in a Baroque church. The infamous l’heure bleue had just commenced, that time between sunset and twilight when Paris is magically bathed in cool, blue light. From our perch above the street we surveyed the scene on the block: the fishmonger doused down the sidewalk with water, several shopkeepers edged customers toward the door, people rushed in and out of markets gathering ingredients for dinner, and the merry-go-round was shut tightly away under a tarp for the night.

The top three-quarters of the quickly darkening church interior contrasted sharply with the bottom quarter lit by low-hanging crystal chandeliers; casting a warm glow over the audience, they created a cozy space within the grand building, drawing us together. It must have been even more spectacular in centuries past, the chandeliers illuminated by hundreds of flickering candles. The creamy stone walls culminated in an octagonal dome above the altar. The last of the lingering light seeped into its vertical windows, and the blue hour hovered 195 feet above us. 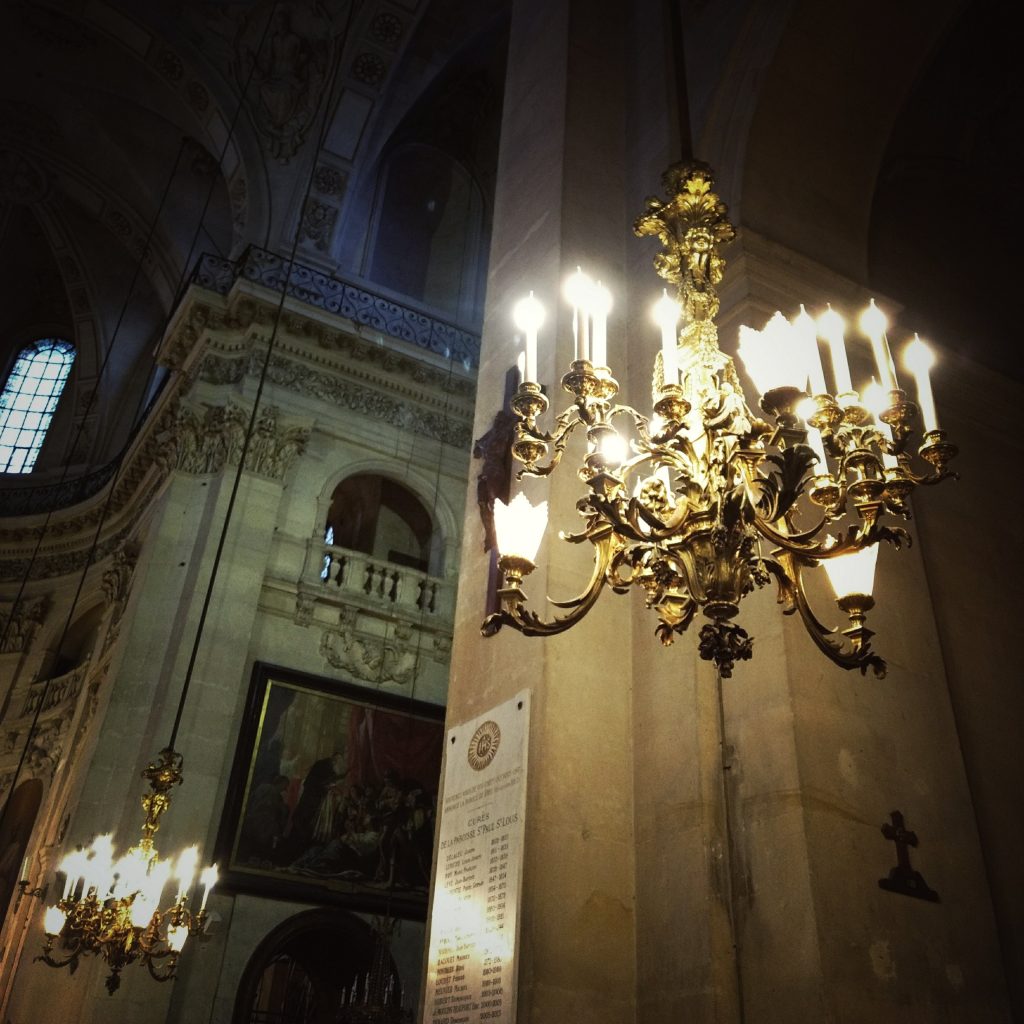 The Alegria Orchestra took to the stage, four violins, a cello, and a bass, and began the Four Seasons with gusto. We grinned at one another with excitement, clutching hands tightly, we let ourselves be carried away. As the movements progressed, I came to understand that Vivaldi intended the music to be a conversation between musicians, their respective instruments performing a dance; something one could never ascertain without seeing it live. The sound was at times powerful, and at others so delicate and ethereal, a single note drifted toward the dome. As the musicians raced up and down the scales, I found myself looking upward, half expecting to see the notes dancing and ricocheting around the stone. With enormous smiles they didn’t try to hide, the musicians radiated pride and joy. They stole glances at one another as if to confirm what they knew in their hearts, that they were in synergy, and the was night magical. Vivaldi’s Winter concluded to uproarious applause. The musicians beamed and bowed, looking at one another elated, and out into the audience with appreciation that we understood the rare moment we’d all shared.

After a brief intermission, they quietly returned and began Pachelbel’s Canon in D in a whisper. It reminded me of my mother, who loves the song. Also, I thought of my grandmother and aunt, both of whom have passed. During their 2006 trip to Paris, they visited Saint Paul-Saint Louis. Years later, though plagued by dementia, my grandmother recounted the magic of slipping into a pew and listening to the choir practice. I missed them dearly, but felt closer to them that night than I had in a long time.

Afterward, Manna Ito, a soprano with the Paris Opera, exited the sacristy in a gauzy black evening dress. Commanding center stage, she introduced the song in quiet French. After a moment of silence to collect herself, she glanced back to indicate that she was ready, and the music began. Ito joined in with a haunting rendition of “Ave Maria,” a version I’d never heard before by Caccini. Her powerful voice in sharp contrast to her mild speaking tone. The notes were so pure, the lyrics so simple, only “Ave Maria” in varying melodies. Singing from the heart, her interpretation seemed to be a private, mournful plea to Mary, or the lament of a mother’s suffering. Watching her face, listening to her tone; it was apparent she knew something of heartache or despair. Thinking of personal sorrows, I began to cry, my husband held my hand tighter. These moments when art transcends the centuries and culture to reach out and touch your heart are precious, never to be forgotten. 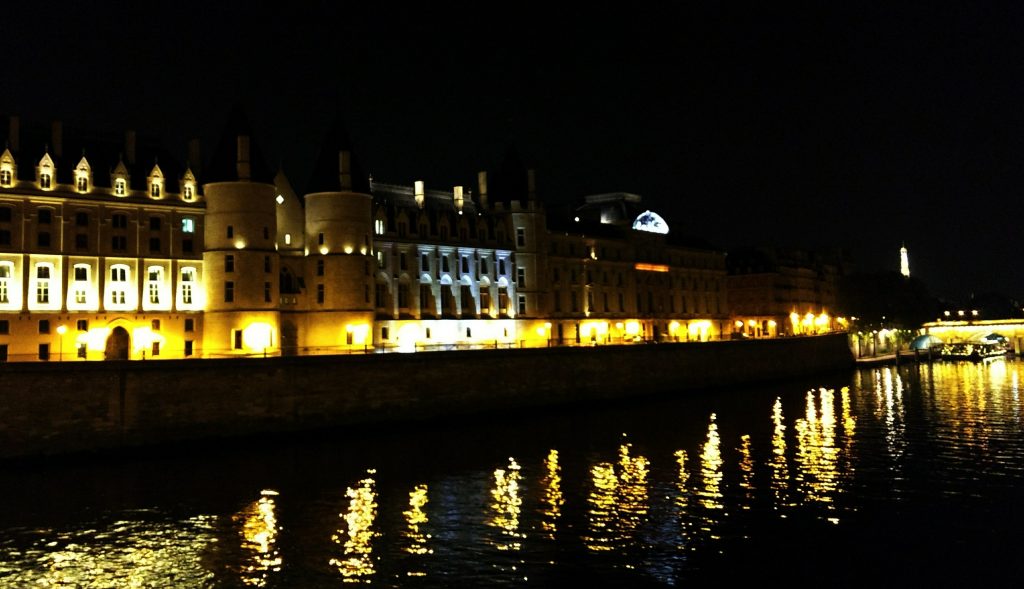 After three versions of Ave Maria by different composers, an encore, and many rounds of applause, we turned to each other; without a word, we knew what the experience had meant to one another. We made our way to the front and lit a candle, savoring a few more moments in the sacred space. Then, reluctantly, we set out into the night, not wanting it to end — the beauty, the synergy, the night, Paris. We stopped at a cafe on the rue de Rivoli, recounting the marvels of the concert over a glass of wine. As we slowly crossed the Pont au Change toward our hotel on the left bank, in the distance, the Eiffel Tower began to sparkle.

Have you attended a special concert while traveling?

You can research schedules and book tickets online before your trip. Or, if you prefer to be more spontaneous, there are flyers advertising concerts plastered on walls all over Paris. We’ve gone to the website listed on a flyer to reserve the tickets online, and paid cash upon arrival at the church. Tickets have cost between €20-€30 each. However, there are many free concerts held throughout the city. Below are links to ticket sites and guides to free concerts, though you may need to consult individual church websites for additional information.