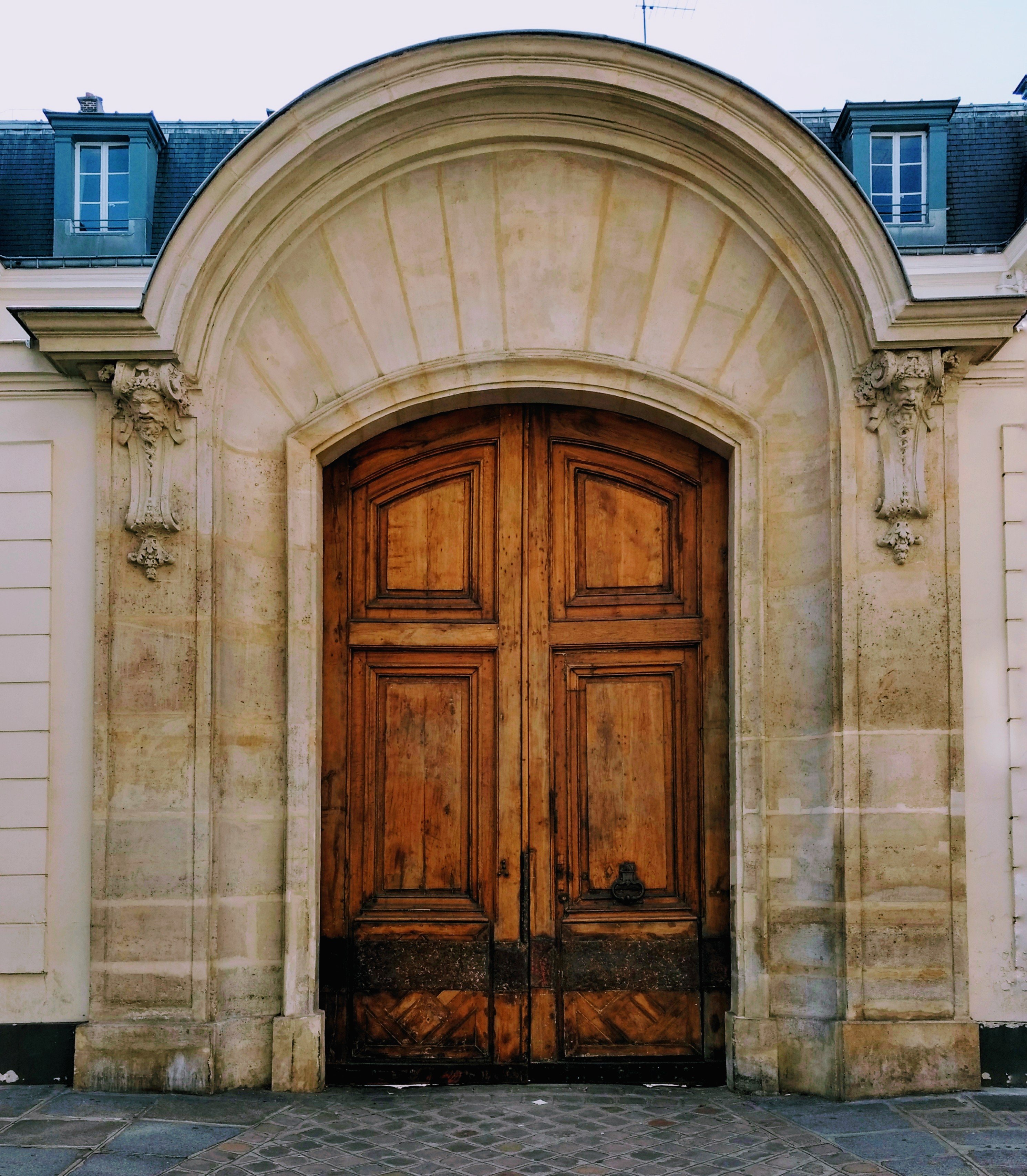 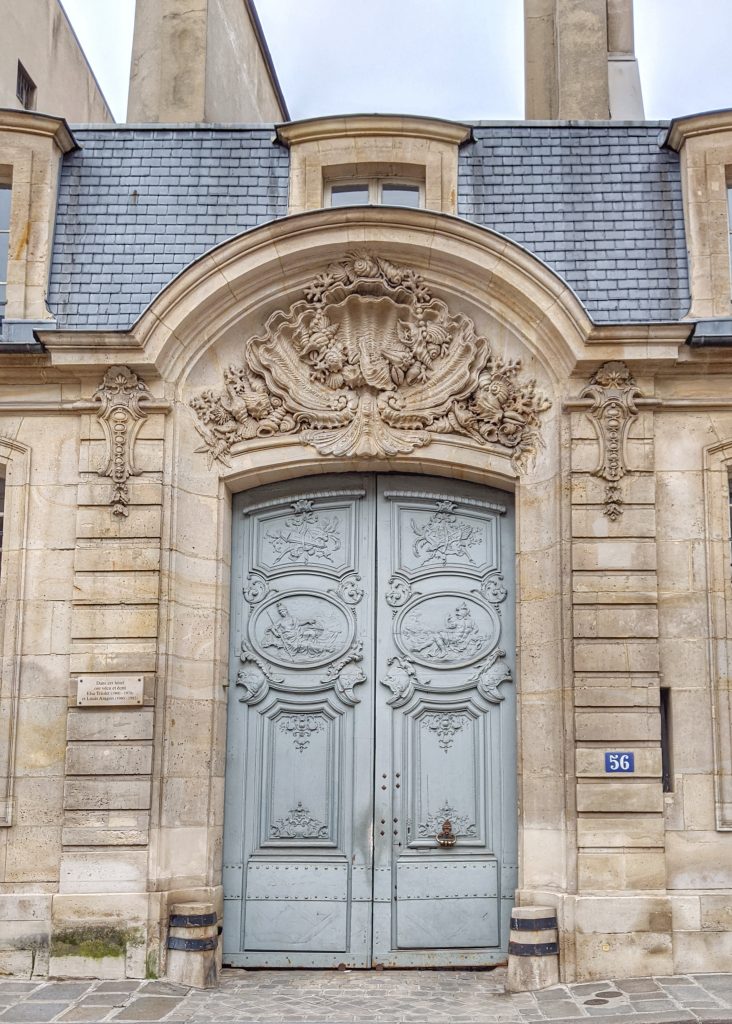 The Rue de Varenne is a beautiful street lined with hôtels particuliers built mainly in the 18th century. It’s long and, except for a slight curve at one point, quite straight, with few shops or cafés. Many of the mansions are now private schools, government ministries, or embassies. The French Prime Minister’s resides at number 57. It’s jarring to see men standing guard with guns, a reminder that violence is no stranger to Paris, that it’s an actual city not a relic. The warm, creamy stone entrances and colorful lacquered doors hide elaborate, opulent interiors, courtyards, and perhaps secret gardens. Stately and elegant, some may even say it’s a cold street. 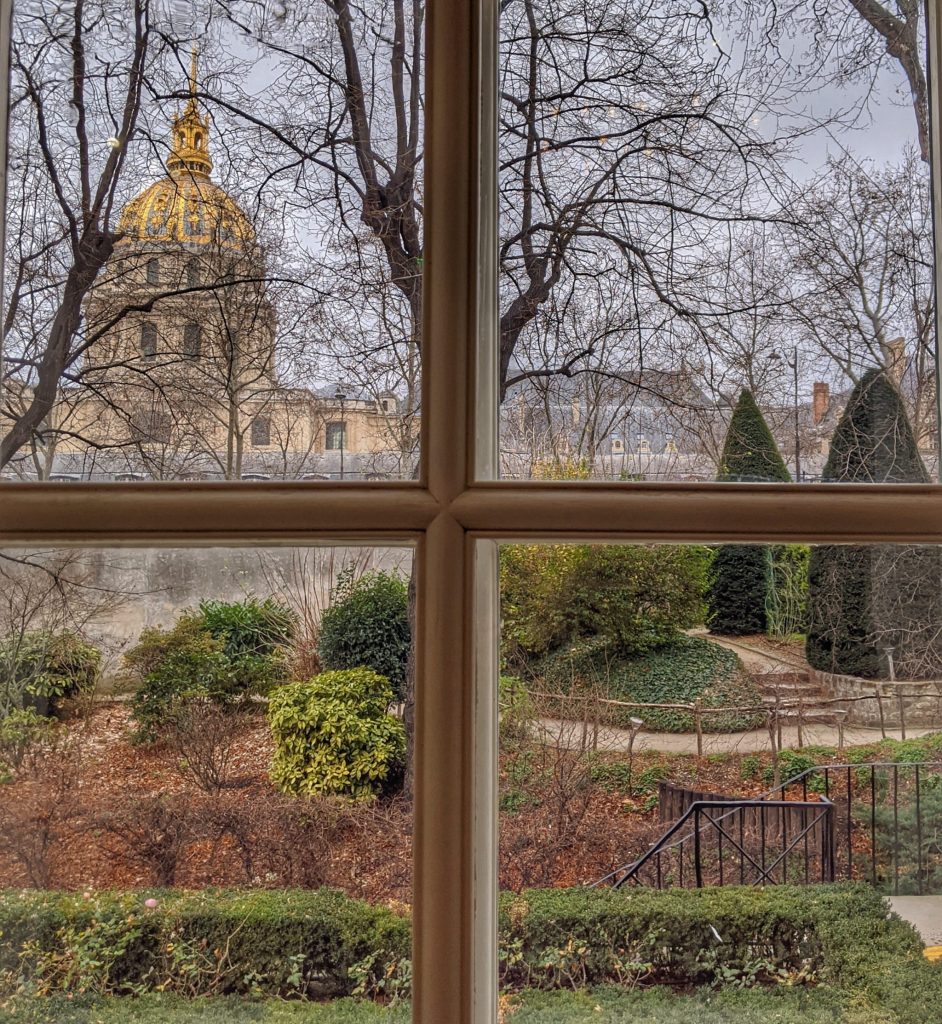 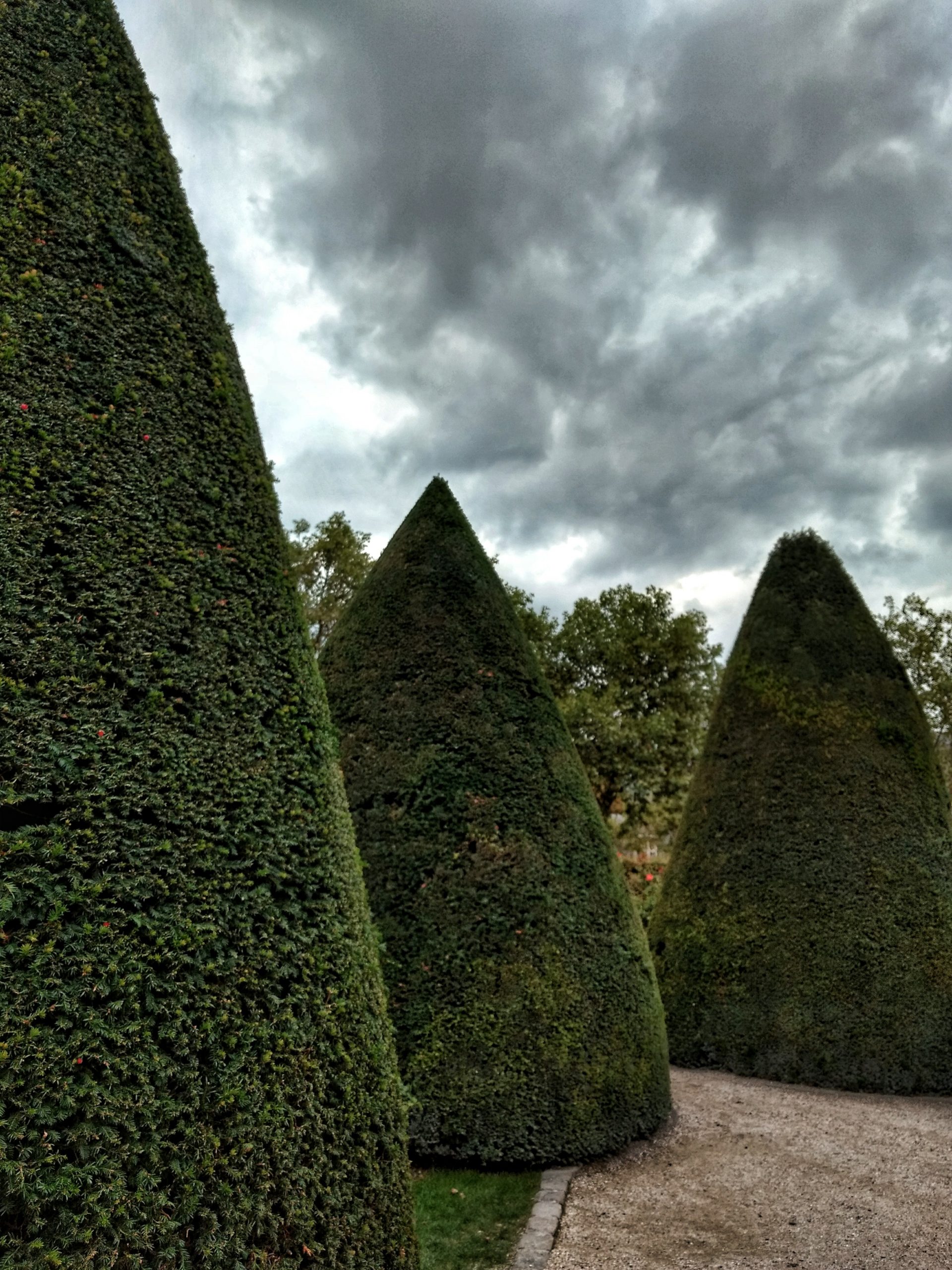 My first trip to Paris in 2002 was a brief business trip, and I luckily had mornings free. I took full advantage of the time to explore as much as I could. That first morning, after breakfast I left my hotel on rue Chevert and walked around the Invalides to the Musée Rodin, situated in the Hôtel Biron at 77 rue de Varenne. Overwhelmed by the magnificent estate, architectural details, and the sculptures exhibited inside and tucked into the lush garden, I savored every moment. 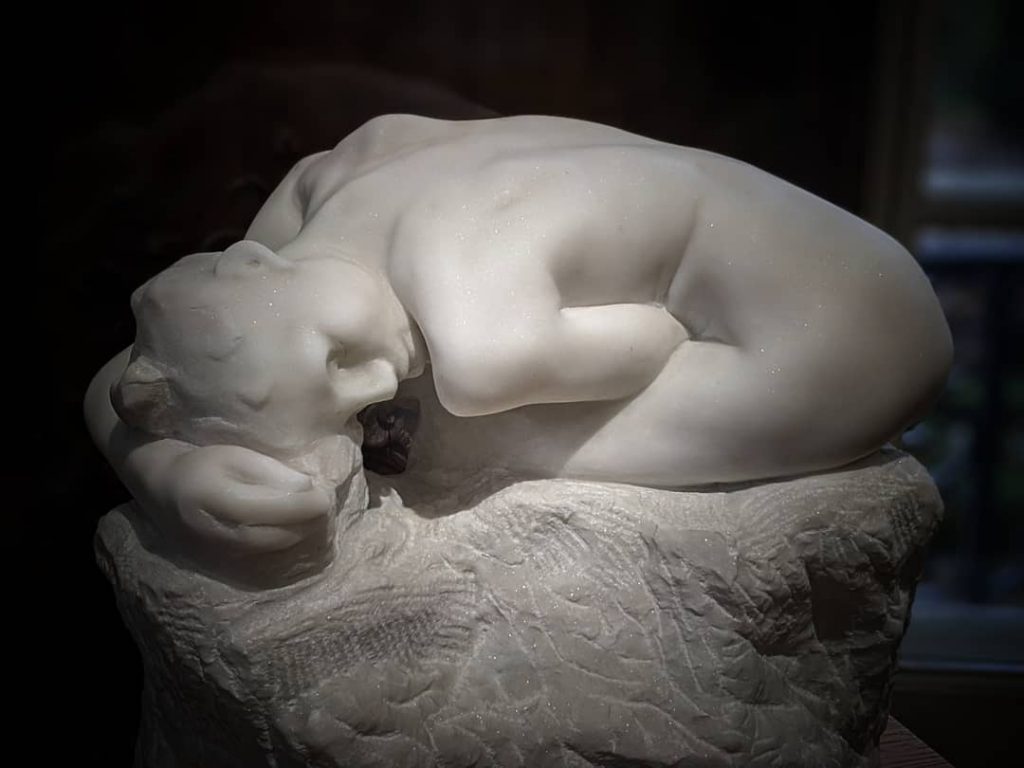 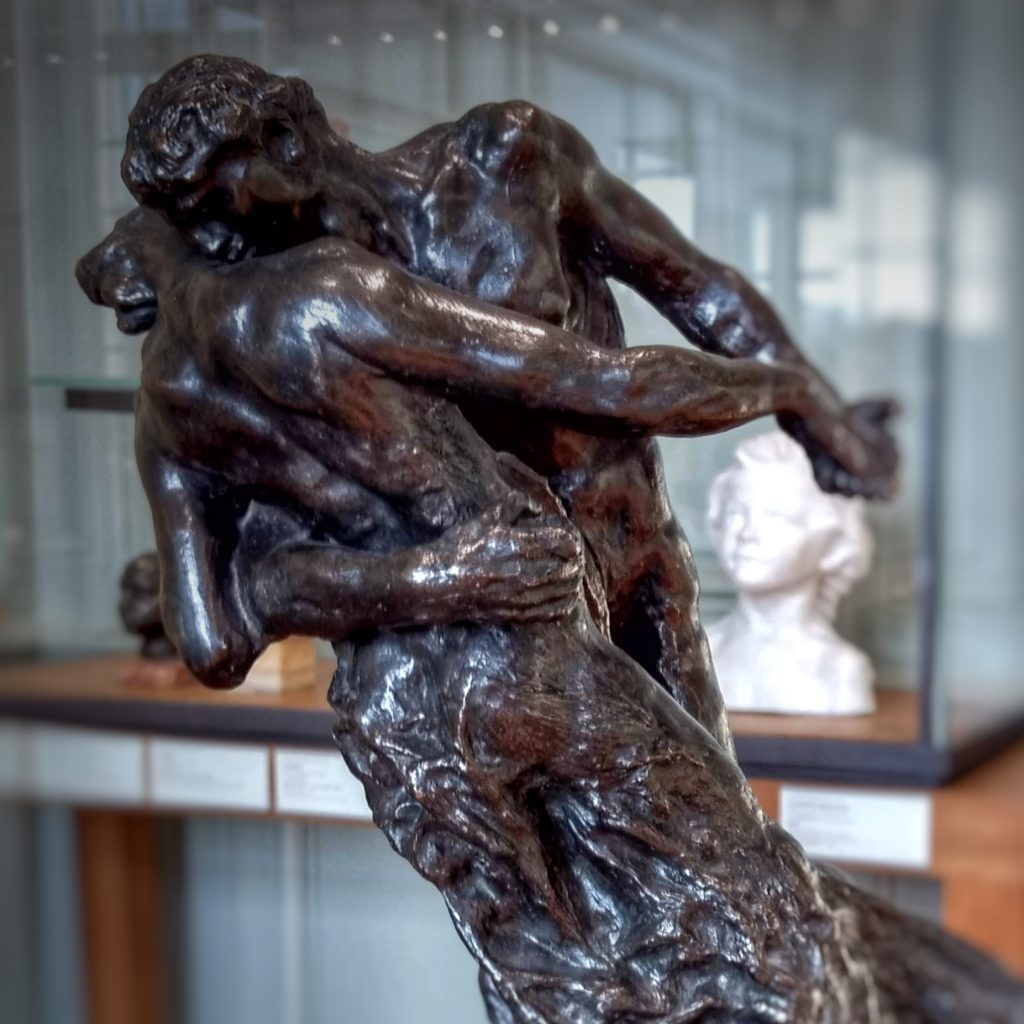 Works by Camille Claudel, his protégé and lover, on view alongside his, created a powerful symbiosis. Although the museum owns the largest collection of her sculptures, Claudel never worked in Rodin’s studio at this location; he moved into the Hôtel in 1908, long after they’d parted ways. The poet Rainer Maria Rilke, his secretary, encouraged him to rent rooms in the building that housed artists such as Henri Matisse, Isadora Duncan, and Jean Cocteau. 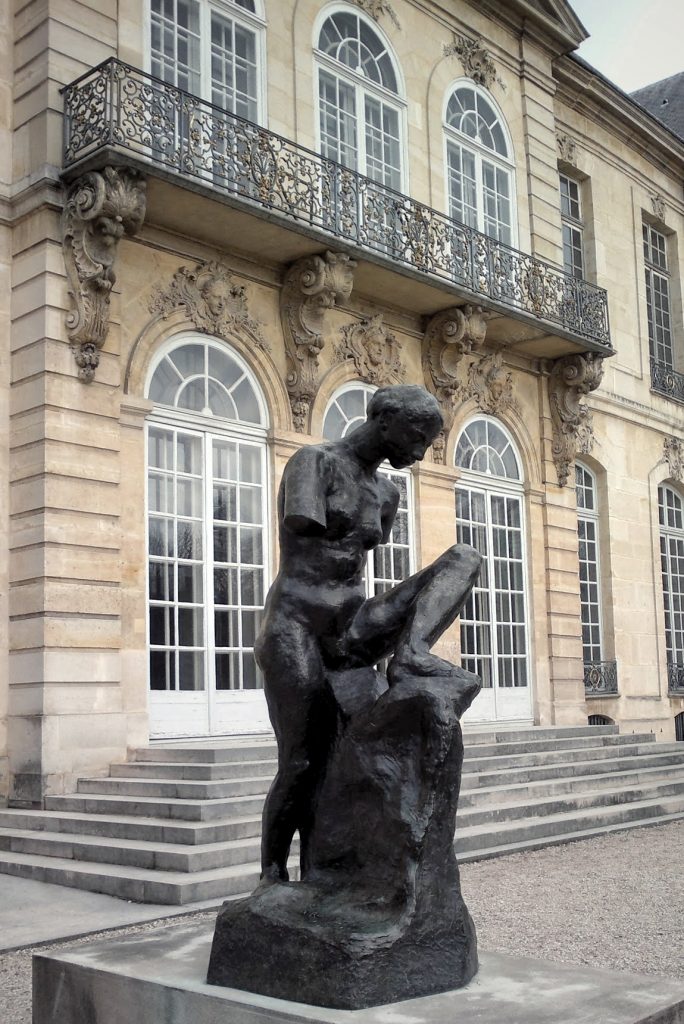 Other artists lived elsewhere along the street. I can imagine them gathering in an apartment or a nearby cafe for a glass of wine or an apéritif, discussing art and ideas. There is something inspiring about retracing the footsteps of historical figures and feeling a personal connection to history. In the years since, I’ve returned to the museum each time I’ve visited Paris, and my affection for the Rue de Varenne has only grown.

One Saturday in September 2017, after a delicious brunch at JUDY cantine qualitarienne in the sixth arrondissement of Paris, my husband and I set off on our customary pilgrimage to the Musée Rodin in the seventh. The sky a deep blue punctuated by large white clouds with traces of gray, we hoped the weather would hold long enough for us to explore the museum’s garden, a favorite spot of ours. It was the first time we’d walked the entire length of rue de Varenne. Along the way we stopped often, pointing out architectural details and taking photographs. 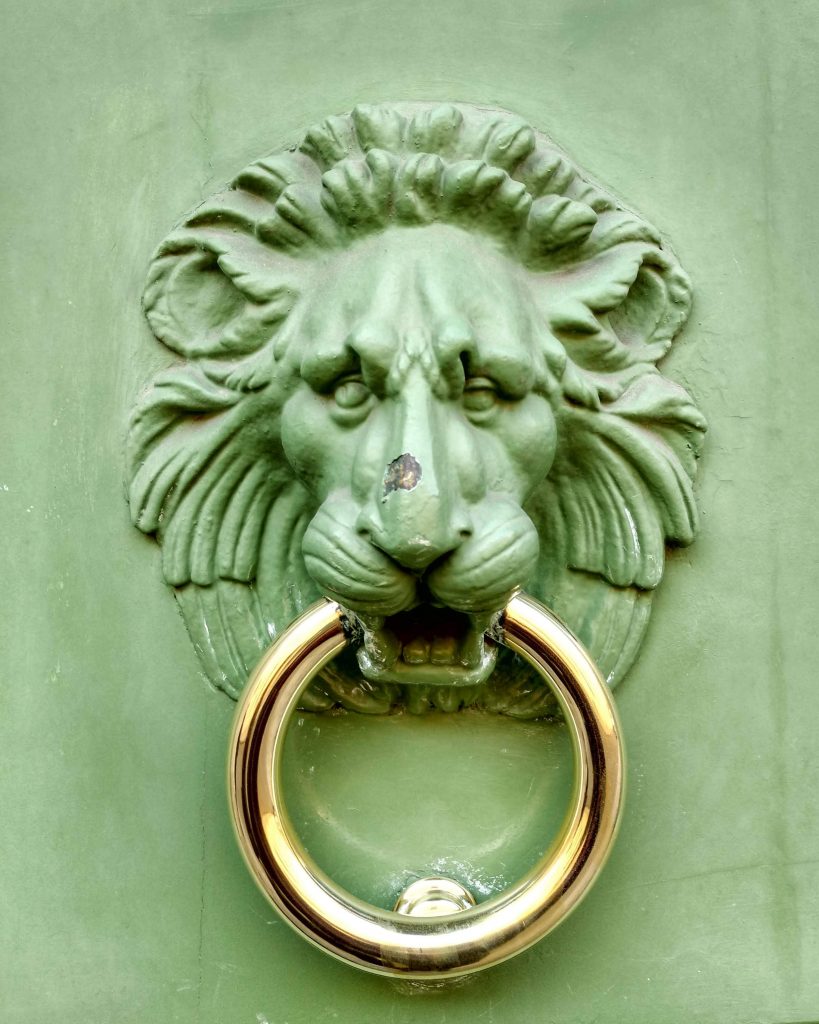 Not all the facades along the rue de Varenne have been meticulously maintained, some have a weathered appeal. As we walked that day in September, I became enamored with this green door at number 46. Its unique shade of green echoed the chairs in the Jardin du Luxembourg, a spring green, but in true French taste, not too bright. I loved how the paint was chipping at the edges of the door and threshold, a bit down at the heel on this ultra-manicured, buttoned-up street. What would it sound like to rap the brass lion’s head door knocker against the wood? Why did the architect add a rough-hewn grotesque above the door? The building was built long before beautiful, partially clad women were immortalized on French buildings. I admired the contrast of curvilinear and angular features: the roundness of the oversized brass door knockers, the scrolled cast-iron carriage stops, the angular lines of the wooden doors and surrounding stone, these shapes echoed in the iron window grate above the door.

I came across a photograph of the facade, above, by Eugene Atget, one of my favorite photographers. It looked much the same, although the door seemed darker, and the window grate lighter in his version. There was even a small patch in the lower-left corner of the right door due to wear. There are two versions of this image on the Paris Musée’s website. During the late 19th and early 20th centuries, Atget documented Paris in the morning light, dragging his heavy 8 x 10 camera, tripod, and glass plate negatives through the empty streets. Some locations he photographed have since changed or been destroyed, but many remain. I have a book that juxtaposes his photographs beside a modern version of the location and often thought of following this trail. Somehow, I found it more special to discover that over a hundred years earlier this door had caught his eye, too.

Over these past weeks, I’ve found myself returning to my photograph of the green door, lured by its color and shapes in the facade. I’d always associated blue with Paris but realized green is just as important a color in my narrative. The door represents the green of the garden chairs, of the leaves on its many trees, of the river snaking through the city, of the grass and trees in the gardens, and of the last vibrancy before autumn. It’s situated on one of my favorite streets in Paris, a place I return to, each time discovering something new about art, architecture, history, and myself. I love the way a city, visited again and again, reveals itself slowly over time. Conversely, as we grow and gain knowledge, our experiences of places change and deepen.

Thank you for visiting Rue de Varenne. I hope you enjoy the site and I’d love to hear from you.